Progress in Photovoltaics – Volume 28, Issue 6 – May 20, 2020
The cover image is based on the EU PVSEC Paper Photovoltaic operation in the lower atmosphere and at the surface of Venus by Jonathan Grandidier at al., https://doi.org/10.1002/pip.3214.

Physica Status Solidi A – Volume 210, Issue 2, February 2013
Resonant dielectric structures are a promising platform for addressing the key challenge of light trapping in thin-ﬁlm solar cells. Grandidier et al. (pp. 255—260) experimentally and theoretically demonstrate efﬁciency enhancements in solar cells from dielectric nanosphere arrays. Two distinct amorphous silicon photovoltaic architectures were improved using this versatile light-trapping platform. In one structure, the colloidal monolayer couples light into the absorber in the near-field acting as a photonic crystal light-trapping element. In the other, it acts in the far-field as a graded index antireflection coating to further improve a cell which already included a state-of-the-art random light-trapping texture to achieve a conversion efficiency over 11%.


May 2011
Light Trapping with Nanosphere Arrays

A New Way to a Better Solar Cell : Greentech Media
www.greentechmedia.com
Caltech scientists look at the outside instead of the solar cell’s inside and find the next way to increase efficiency.

ART of SCIENCE Caltech 2011 exhibition
Simulation of the electric field in a solar cell enhanced by the resonance of a dielectric nanosphere. Link to the image.

Advanced Materials – Volume 23, Issue 10 – March 11, 2011 – Wiley Online Library
onlinelibrary.wiley.com
A novel approach to increasing light absorption in thin-film solar cells is demonstrated by Jonathan Grandidier and co-workers on p. 1272. This new method involves redirecting the incident sunlight into the cell via coupling to the whispering gallery modes of dielectric spheres, which lie atop the cell. Such a scheme leads to a predicted current enhancement of >12% for a-Si. 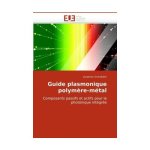